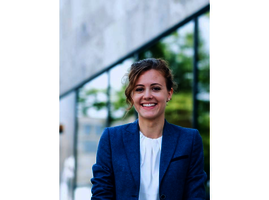 Influencer marketing is currently more in demand than ever, as many companies see it as a promising alternative to traditional advertising. In response to this growing demand, the number of influencers offering their services and posting sponsored content on social networks such as Instagram, YouTube and TikTok is also on the rise. This makes it increasingly difficult for companies and agencies to choose the right partners for their campaigns.

An important factor in the selection of influencers for collaboration is typically their number of followers. However, opinions remain divided on whether it is more worthwhile to work with “big” influencers, whose follower numbers often run into the millions, or to rely on “small” influencers, who often only have a few thousand followers, in order to maximise interactions, such as the number of likes or comments, with sponsored content. The question of whether collaborations with big or small influencers are more effective is more relevant than ever in the current market situation.

In a new study, Prof. Simone Wies, Ph.D. (Chair of Marketing Strategy & Performance at Goethe University Frankfurt), together with Prof. Dr. Alexander Bleier (Frankfurt School of Finance & Management) and Prof. Dr. Alexander Edeling (KU Leuven), tries to get to the bottom of this current issue in order to help companies and agencies with the strategic selection of influencers for their collaborations. Their results show that, in fact, neither the very large nor the very small influencers tend to deliver the best performance in a campaign. Collaborations with influencers in the upper-middle segment are the most effective. This is due to the interaction of two core factors that determine the volume of interaction that influencers generate with their posts and stories: the reach and the engagement rate.

On the one hand, reach is relevant for showing how many followers influencers can actually reach with their sponsored posts and stories. Large influencers score particularly well here, as they reach an enormous number of followers with their content. This is one reason why, in the style of celebrity marketing, many companies choose, or strive, to work with “mega-influencers” (in the millions of followers ). On the other hand, it is important to know what proportion of the followers reached interact with the respective post or story, i.e. what the average engagement rate is. Small influencers in particular have an advantage here, as they often maintain a much closer relationship with their followers than large influencers can. The focus of companies and agencies on “micro-influencers” (10,000-100,000 followers) and “nano-influencers” (up to 10,000 followers), which has been particularly noticeable in the recent past, reflects the industry’s belief in this influencing factor.

The study is based on a large-scale field data analysis, several eye-tracking and online lab experiments, a simulation analysis and qualitative interviews. It thus pursues a multi-method approach to examine the interaction of reach and engagement rate. An important implication of the work is that companies and agencies should focus neither on mega- nor on nano-influencers, but should cooperate with influencers in the upper-middle segment. Given the widespread uncertainty about how best to integrate influencer marketing into a company’s digital strategy and how to allocate budgets wisely, the study’s findings provide important information for future planning in this increasingly important market.

More information on the work can be found here (link to the publication) and here (LinkedIn post, Journal of Marketing).

09.01.2023 "Ph.D. & Academic Career": Conversation between master and doctoral students
23.12.2022 Researchers of the Faculty of Economics and Business achieve excellent results in new ranking published by WirtschaftsWoche
12.12.2022 New book by Bernd Skiera and his team published in 2022