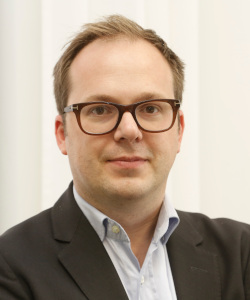 This year Rainer Haselmann receives the prize of the Berlin-Brandenburg Academy of Sciences and Humanities (Berlin-Brandenburgische Akademie der Wissenschaften, BBAW). The prize, donated by the Commerzbank Foundation, honors outstanding academic achievements in the field of law and economics. The prize is awarded every two years and is endowed with 30,000 euros.

According to the BBAW, Haselmann is awarded for his quantitative empirical studies on interdependencies in the financial sector, in particular on the legal, regulatory and social determinants of bank lending. His empirical work on the financial sector is "exemplary in its focus on the behavior of participants, in the development of previously unknown data sources and the creative linking of various data sources to determine causal relationships".

The award ceremony will take place on 21 October in Berlin. The laudation will be held by Martin Hellwig, Director em. at the Max Planck Institute for Research on Common Goods in Bonn. Klaus M. Schmidt, Professor of Economics at the Ludwig Maximilian University in Munich, will give a keynote speech on "The design of climate protection negotiations".

Haselmann has been Professor of Finance, Accounting and Taxation at the Goethe University in Frankfurt since 2014. He is Program Director “Financial Institutions – Stability and Regulation” at SAFE and has headed the DFG research group "Foundations of Law and Finance" together with Professor Tobias Tröger since November 2018. Previously, he was a Professor at the University of Bonn from 2011 to 2014. He completed his doctoral studies at the HHL Leipzig School of Management and then conducted research at Columbia University in the USA and the University of Mainz.

The BBAW, formerly the Prussian Academy of Sciences, promotes academia. It fulfills tasks of social and policy consulting, promotes dialogue between academia and society, and supports the institutional cooperation of non-university research with universities in Berlin and Brandenburg.